Streetwear is one of the biggest trends within the fashion industry. Brands come and go with streetwear but, Streetwear is something that will never die out. Here are some of the most popular Streetwear brands you should be looking out for in 2021. 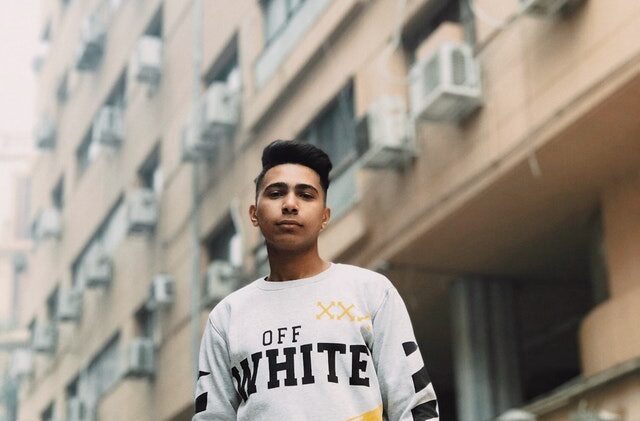 Streetwear has been popular for many years now. It looks like a fashion trend that does not seem to be slowing down anytime soon as well. The fashion industry is constantly changing and, so are the brands within the streetwear industry.

There are many ways to keep up with the fashion industry. One of them is through celebrities on their social media pages. However, it can be difficult to find out the brands that they are wearing. This article is going to show you the multiple brands you can look out for in 2021. As well as some potential newcomers to the streetwear industry.

A brand that has been around for numerous amount of years now. Supreme was originally founded back in 1994 in New York. Supreme is considered the most popular streetwear brand on the market. It is also one of the more premium brands on the market.

Supreme is one of the earlier streetwear brands along with Stussy. It originally started as a skate label by a man called James Jebbia. Now, it is a brand that has been worn by a-list celebrities such as Kanye West, Travis Scott, Mike Tyson and many more.

Supreme will be a popular brand as long as streetwear remains in the industry. It will always have that premium price due to the quality and the limited drops.

Off White is probably one of the newer brands in the streetwear market and is another premium brand. Their clothing is priced around the same as Supreme as well. It started back in 2012 in Milan.

Off White was originally known as PYREX VISION. Until it came under criticism for being accused of printing its label on Ralph Lauren polo shirts. Now, Off White has been a massive success throughout the fashion industry.

If you know your streetwear and a fan of wearing it then you will know about Stussy. Stussy originated with a surfer called Shawn Stussy. The brand was founded in the 1980s where he started scribbling his name on surfboards. Shawn then began making clothes as the surfboards become very popular.

The brand took off in the late 1980s/ 1990s and now is a massive brand within the streetwear community competing with Supreme. Stussy is less premium compared to the likes of Supreme and Off-white but is still great quality and popular.

Although Shawn is no longer involved with the brand, he placed down the foundations for printed clothing. Which is one of the biggest styles within the streetwear industry.

It is quite a minimalistic brand that does not do much different to other brands out there. Nonetheless, it is one of the better brands for females and something that you will see on the street.

Arguably the most popular streetwear brand in the United Kingdom, Palace launched back in 2009 and, became a brand to wear. Lev Tanju started the brand to become Supreme’s successor and followed in the footsteps of the skate culture.

If you had to give a summary of the United Kingdoms style, Palace would be one of the brands you would mention in the summary. It has a very sporty aesthetic look which, gives Nike and Adidas a run for their money.

Japanese streetwear is growing rapidly in the eastern part of the world. Neighborhood began in 1994 where it was established by a motorcyclist enthusiast called, Shinsuke Takizawa. This is a brand that is slowly spreading across the world, especially in the United Kingdom with international students.

Neighborhood has not been shy with collaborating with casual streetwear brands such as Converse and Dr Martens. Neighborhood will typically be dark clothes with their brand name on them, a bit like the style of Superdry.

It is also a cheap brand to buy as well although, they only have a Japanese website. However, it can be bought off websites that buy in the brand such as end clothing. Neighborhood is your classic urban streetwear brand that is slowly moving across the planet with its printed style.

Carhart, a brand that was created in America in the 1800s for construction workers, did not begin creating clothing until 1994. This became popular for streetwear lovers. Carhartt WIP is

one of the longest-serving brands in the streetwear industry and gained a great reputation for the quality, yet simple style of clothing.

Carhartt has collaborated with other great streetwear brands such as Neighborhood and BAPE. Both great brands that are popular across the globe for streetwear.

North Face is a brand that is also popular in the United Kingdom. The brand was originally founded back in 1968 in San Fransico. Originally, it was a brand for hikers but soon the brand got worn for casual/ streetwear.

Although The North Face Brand is regarded as one of the best mountaineering brands out there, it is also considered one of the best streetwear brands as well. The clothes are not overly expensive yet and, have had some amazing collaborations with high-end fashion brands such as Supreme and Gucci. Not to mention collaborating with smaller streetwear brands to get some recognition.

The North Face will forever be a success in the fashion industry. That will either be with outdoor climbers or with the streetwear community.

Streetwear is one of the best fashion trends within the industry. You could argue that it is no longer a trend due to it being around for a very long time now. If anything, it has just become more and more popular since it was first introduced. Their variety of premium to casual clothing with their prices suiting everyone is one of the things that will keep it going. 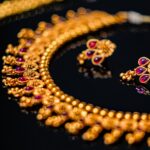 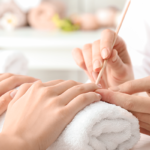 Next Story:
10 Secrets of the Perfect DIY Manicure: Nails