Elle Fanning and her boyfriend of four years, Max Minghella, have kept their romance private—but their history is robust and still ongoing as of December 15, 2022, when the two stepped out for a rare red carpet appearance together.

Fanning previously confirmed they were still on and strong on November 1, 2022, when she shared a photo of them in a couple Halloween costume together on her Instagram grid. That appearance silenced any breakup rumors.

The two have been romantically linked since July 2018, when they were seen holding hands in Florence, Italy, per Us Weekly. In August of that year, they were seen out on a date in London.

“They seemed so relaxed and comfortable,” a source who saw them in London told Us then. “They were very low key and cozy with each other, and looking over for one another and chatting quietly to each other when they were together looking at stuff.”

It wasn’t until May of 2019, at the annual Met Gala, that they made their red carpet debut as a couple.

The two started dating when they worked together on the film Teen Spirit (2018), which Fanning starred in and Minghella wrote and directed.

“I mean, we just really love working together,” Fanning told Entertainment Tonight in 2019, when asked about her love life. “That was, like, very special, and he’s such a good friend.”

Minghella, 37, also kept things professional in the interview, though he did gush over his 24-year-old girlfriend plenty, calling her “the only actress who could have carried” the movie. “It’s an incredible list of requirements. You have to be able to sing, you have to be able to dance, you’ve got to, you know, be able to speak Polish convincingly, do the British accent, play the age range and carry the movie with an incredibly nuanced performance,” he said. “It’s a lot for one person, and she just handled everything with such discipline and professionalism and she never complained.”

Fanning and Minghella’s relationship is clearly both professional and romantic. But who is Minghella? Here’s what to know about Fanning’s beau.

Fanning and Minghella made a rare red carpet appearance together on December 15, 2022.

The longtime couple stepped out for the Los Angeles premiere of Minghella’s film Babylon. Both matched in black, with Fanning wearing a vintage Alexander McQueen dress. 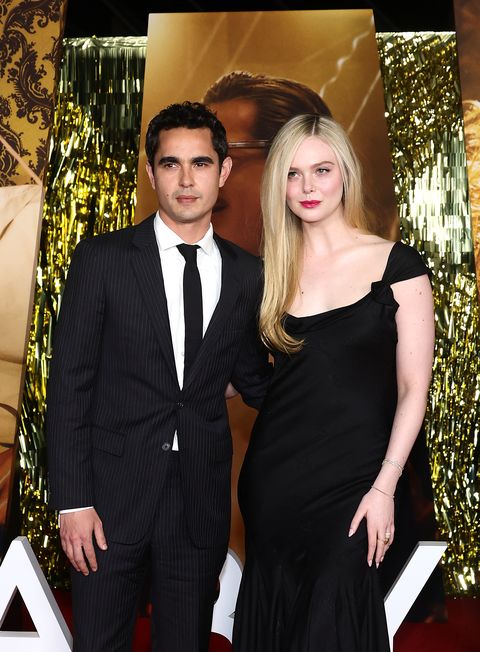 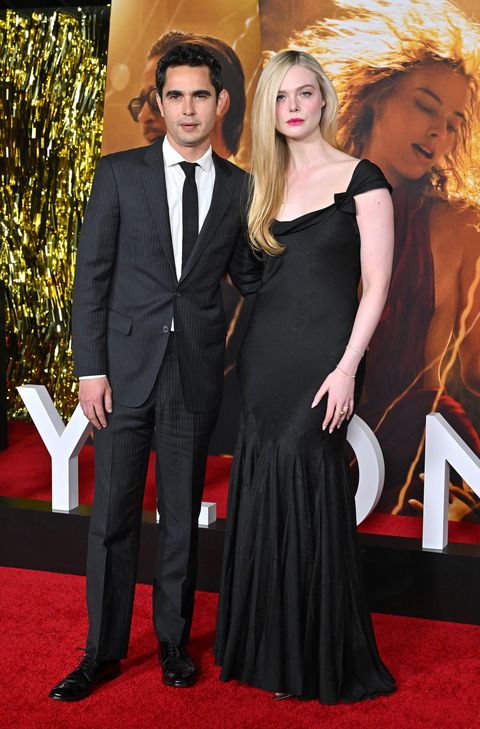 He and Fanning last shared a photograph together on Halloween 2022.

The two are a very private couple, but Fanning made it clear to fans they were still on and strong during Halloween 2022. Fanning dressed as Tiffany, Chucky’s bride, while Minghella was Chucky himself.

He was born and raised in England

Minghella was born in Hampstead, London, to a father from an Italian immigrant family, and a mother from Hong Kong. Minghella said his mother, Carolyn Chao, was actually a major influence on his creative endeavors. Chao is known for her work as crew on The English Patient (1996) and Madama Butterfly (2020), as well as several other projects. She worked as an actress in a few projects in the 1980s and 1990s, according to IMDB.

“My mother’s a fascinating, wildly intelligent person who—I don’t know how to say this—she’s very Chinese,” he told Esquire Singapore in 2019. “She’s of a different culture and really carries that with her. So film has been the one thing we both connect over and love…She introduced me to all of the significant filmmakers.”

His father was a director, playwright and screenwriter

Minghella’s father was Anthony Minghella, who died in March 2008, when Minghella was 22 years old. Anthony was best known for his work as director on The English Patient, for which he won the Academy Award for Best Director in 1997. He also directed the award-winning film The Talented Mr. Ripley (2019) and was posthumously nominated for an Oscar as co-producer for The Reader (2008).

Minghella made his feature directorial debut with Teen Spirit in 2018, and he told Esquire Singapore that he thought his late father would be a fan of the pop musical about a teen girl with a dream to escape her hometown for a career as a singer.

“I don’t know if he’d like every movie I make. But this movie I do think he’d like a lot because it’s focused on music and my dad loves pop music as I love pop music. Also, the immigrant element of it is so inherited from him. I think he would connect to that, too.”

Minghella’s older sister, Hannah, is head of motion pictures at Bad Robot, a role she took after serving as TriStar Pictures and TriStar Television president.

You probably recognize him from Handmaid’s Tale

In the series, an adaptation of Margaret Atwood’s novel, Minghella plays a character named Nick Blaine. Nick is the guardian and driver for Commander Fred Waterford (Joseph Fiennes) and Serena Joy Waterford (Yvonne Strzechowski). He is also the love interest of June Osbourne (Elisabeth Moss).

“I find Nick to have so many shades of gray to him,” he told Harper’s Bazaar in 2019. “He’s often a mystery to me, and at the same time, I find him very close to home. His are very comfortable shoes to wear.”

But he’s made appearances in several other popular projects

He might be most recognizable as Nick, but Minghella has been around and in show business for much of his life. He was in The Mindy Project, Spiral (2011) and The Social Network (2010). In 2005, he he played Aaron in the movie Bee Season alongside Richard Gere, Juliette Binoche, and Kate Bosworth.

One particular play inspired him to become an actor

Minghella told DuJour magazine that Kenneth Lonergan’s play, starring Jake Gyllenhaal, about wealthy teens in 1980s New York City, made him want to act. He saw the play in 2002, when he was still a teen.

“I really didn’t have any interest in being an actor at all. That play changed my life in so, so many ways,” he said. “That was the singular thing that got me interested.” He told Esquire that he was “already a pretty douchey kid in school” and that “getting [acting jobs] on top of it was too much.” He added that his best friend, Josh, was the one who brought him back down to earth during a car ride.

“I was on the phone, rolling calls the entire drive, and I never spoke to him, or acknowledged him or said, ‘Thank you for picking me up,’ and we got out of the car, and he just lost it on me,” Minghella recalled. “I was 17 and that really was a wake-up call.” He added: “Acting is the best job for shredding people’s egos.”

He enjoys a simple routine

Minghella seems to be the type of person who always wants to be busy. “Most days, I work on whatever nonsense I’m involved with then I walk and get coffee,” he told DuJour. He told the magazine that he has a regular coffee place, which is the only place (in 2017, anyway), where he said people recognized him.

“I love the familiarity of that, actually,” he said. “I’m a sucker for them knowing my name and saying hi and having my order ready.”

And considers himself a “serial monogamist”

Esquire reported that Minghella is a self-identified serial monogamist and that he said he’d never dated anyone he didn’t want to marry—even when he was 14.

Esquire wrote in 2019: “Yes. He’s in a relationship. Yes. His mother has met her. No. Don’t believe the Internet about who it is. Many of the women he’s said to have dated, he’s never even met.” He and Fanning, of course, haven’t hidden their relationship though with public appearances together.

Hilary Weaver is a freelance writer based in New York who writes about politics, queer issues, Meryl Streep, Glenn Close, and every woman the Queen has ever made a dame. I saw Mamma Mia! Here We Go Again three times in theaters, and that’s pretty much all you need to know.

Alyssa Bailey is the senior news and strategy editor at ELLE.com, where she oversees coverage of celebrities and royals (particularly Meghan Markle and Kate Middleton). She previously held positions at InStyle and Cosmopolitan. When she’s not working, she loves running around Central Park, making people take #ootd pics of her, and exploring New York City.

Previous Story:
Why Tyler Perry Was Chosen to be Lilibet’s Godfather by Meghan Markle and Prince Harry
Next Story:
71 Gifts for Your Boyfriend 2022