Amid the rise in cases of monkeypox in more than 39 countries with 1,600 confirmed, 1,500 suspected cases and 72 deaths, World Health Organization (WHO) has decided to convene the Emergency Committee to assess whether the global outbreak represents a “public health emergency of international concern”.

“So far this year, more than 1,600 confirmed cases and almost 1,500 suspected cases of #monkeypox have been reported to WHO from 39 countries – including seven countries where monkeypox has been detected for years, and 32 newly-affected countries”-@DrTedros

“The global outbreak of monkeypox is clearly unusual and concerning. I have decided to convene the Emergency Committee under the International Health Regulations on Thursday next week, to assess whether this outbreak represents a public health emergency of international concern,” said WHO chief Tedros Adhanom Ghebreyesus in a tweet on June 14.

“The 🌍 outbreak of #monkeypox is unusual & concerning. For that reason I have decided to convene the Emergency Committee under the International Health Regulations next week, to assess whether this outbreak represents a public health emergency of international concern”-@DrTedros

The United Nations agency notes that this is the first time that many monkeypox cases and clusters have been reported “concurrently in non-endemic and endemic countries in widely disparate geographical areas”.

Previously, WHO graded the monkeypox crisis “as a grade 3 emergency, the highest level in our internal system”. “A grade 3 emergency means that we are coordinating the response across all three levels of the organization – country offices, regional offices and headquarters”, it said in a tweet.

“WHO has now graded this crisis as a grade 3 emergency, the highest level in our internal system. A grade 3 emergency means that we are coordinating the response across all three levels of the organization – country offices, regional offices and headquarters”-@DrTedros

A zoonosis disease, which is transmitted from animals to humans, monkeypox is an orthopoxvirus that causes a disease with symptoms similar, but less severe, to smallpox.

“Monkeypox virus belongs to the Orthopoxvirus genus in the family Poxviridae. It was discovered in 1958 when two outbreaks of a pox-like disease occurred in lab monkeys that were kept for research, from which the name has originated,” said Dr Vikrant Shah, consulting physician, intensivist, and infection disease specialist, Zen Multispeciality Hospital Chembur. 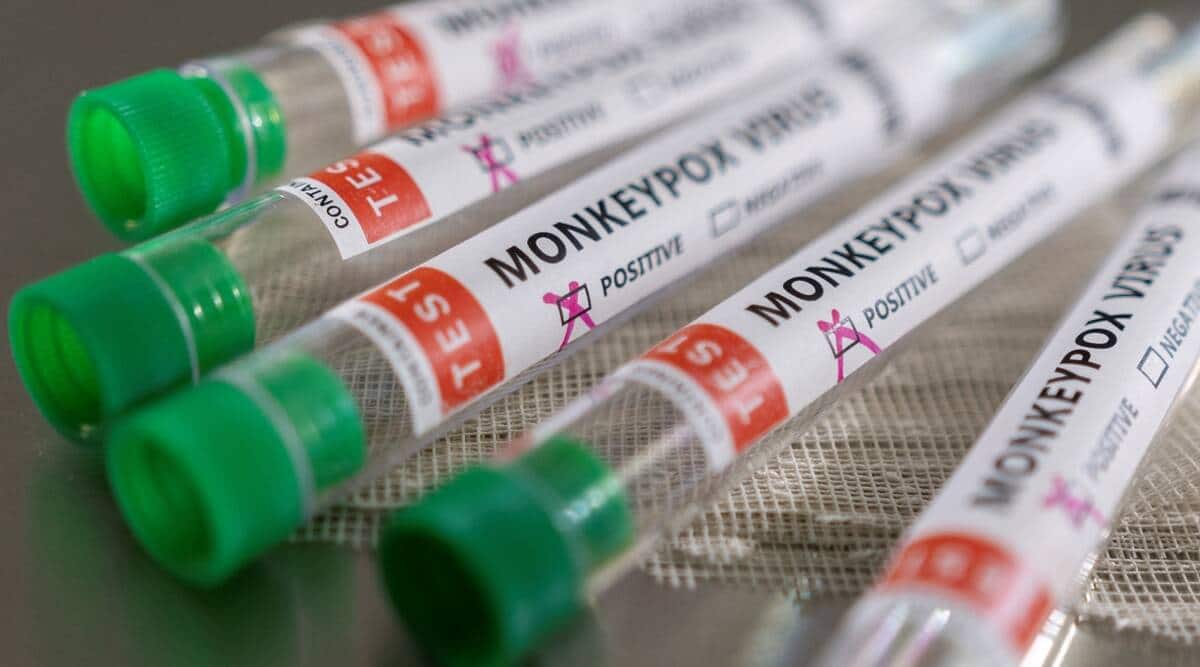 According to WHO, it is transmitted through contact with bodily fluids, lesions on the skin or on internal mucosal surfaces, such as in the mouth or throat, respiratory droplets and contaminated objects.

According to Centers for Disease Control and Prevention (CDC), monkeypox begins with fever, headache, muscle aches, and exhaustion. The incubation period (time from infection to symptoms) for monkeypox is usually 7-14 days but can range from 5-21 days.

Within 1 to 3 days (sometimes longer) after the appearance of fever, the patient develops a rash, often beginning on the face then spreading to other parts of the body.

What qualifies as a public health emergency of international concern?

The responsibility of declaring an event as an emergency lies with the Director-General of the WHO and requires the convening of a committee of members.

Other diseases in the past that have been declared emergency health concerns have been Swine flu, polio, Ebola, Zika and Covid-19.

What is WHO’s current stance?

WHO is collaborating with health authorities to prevent further spread of the disease. “We are issuing guidance to help countries on surveillance, laboratory work, clinical care, infection prevention and control, as well as risk communication and community engagement to inform communities at risk and the broader general public about monkeypox and how to keep safe. We are also working closely with countries in Africa, regional institutions, and technical and financial partners, to support efforts to bolster laboratory diagnosis, disease surveillance, readiness and response actions to prevent further infections,” the agency noted on its website.

According to WHO, Control of monkeypox outbreaks primarily relies on public health measures including surveillance, contact-tracing, isolation, and care of patients.

“While smallpox vaccines are expected to provide some protection against #monkeypox, there is limited clinical data, and limited supply”-@DrTedros https://t.co/7Apyku5ccV

“While smallpox vaccines are expected to provide some protection against monkeypox, clinical data are limited,” it noted in a tweet.

Also, following concerns of stigma and racism from scientists, WHO has decided to rename the viral disease that occurs mostly in central and western Africa.