The Cannes Film Festival 2022 has been making headlines for many reasons, mostly about red carpet fashion. While India is the ‘country of honour’ this year, for the first time in the festival’s history, a Pakistani film made its cut, too.

The team of ‘Joyland‘ — that is representing the country at the 75th film festival — posed for the shutterbugs on the red carpet. But what made news was the fact that among them, a transgender actor called Alina Khan also made her red carpet debut. 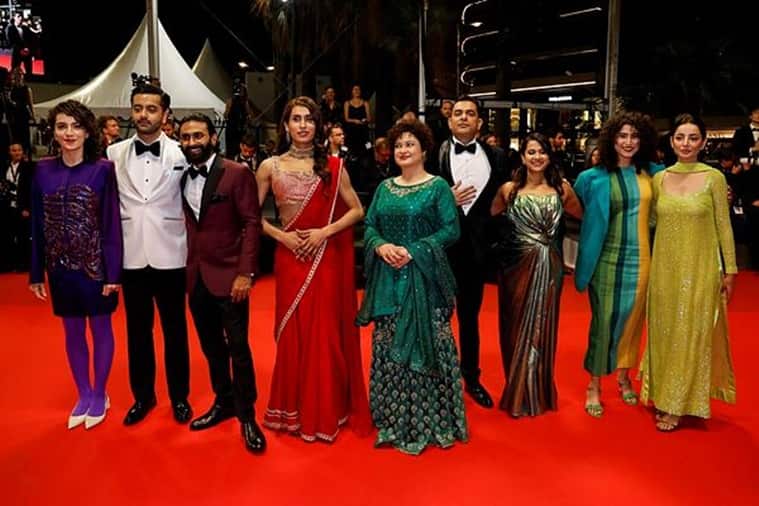 Khan starred in the feature film by Saim Sadiq. She was seen in many looks for her Cannes debut, the first one being a floral yellow summery lehenga set, which she wore with a soft pink sheer top with long sleeves. She wore long, chunky earrings and completed her look with her hair tied in a ponytail. For her red carpet debut, the actor was seen in a maroon sari with an embroidered border, which she paired with a matching embellished sleeveless blouse, a chunky choker and a pair of matching earrings.

She kept her hair loose and wore a bright smile that completed the look.