The tradition of cooking in earthenware is not alien to India, but the age-old practice is slowly being overshadowed by technological advancements. And as we swiftly moved towards the stainless steel and melamine era, clay products gradually got erased from our lives. Bringing it back into the mainstream with innovative products is a man with a vision and a story of determination — Mansukhbhai Prajapati, who has brought about a revolution with his endeavour to reconnect people with clay and soil.

A rural innovator who is credited for his earthen clay-based functional products such as refrigerators, filters, tawa and cookers among others, his work boasts of being high in efficiency and eco-friendly in nature. However, despite being born into a family of potters, his journey has been an arduous one.

“I was exposed to clay in childhood because it was my family’s traditional profession. We used to live in a village near Morbi district in Gujarat and my elders were involved in this work. Pottery used to be an extremely tedious task and they used to work all day. The pollution caused due to this work led to many health problems among potters. The smoke and dust would reach the lungs, causing breathing issues. My grandfather and his brothers couldn’t live longer than 50 years due to this. Secondly, nobody was ready to marry off their daughter to a potter. Keeping these difficulties in mind, my father completely stopped me from engaging in pottery work,” Mansukhbhai, whose inspiring story of change will feature on National Geographic this Environment Day as part of its ‘One For Change’ campaign, told indianexpress.com.

Eventually, the family left the profession and his father started masonry work. After Mansukhbhai failed the 10th standard, he, too, joined his father but couldn’t sustain in the field for long due to lack of interest and the effect of masonry on his eyes. 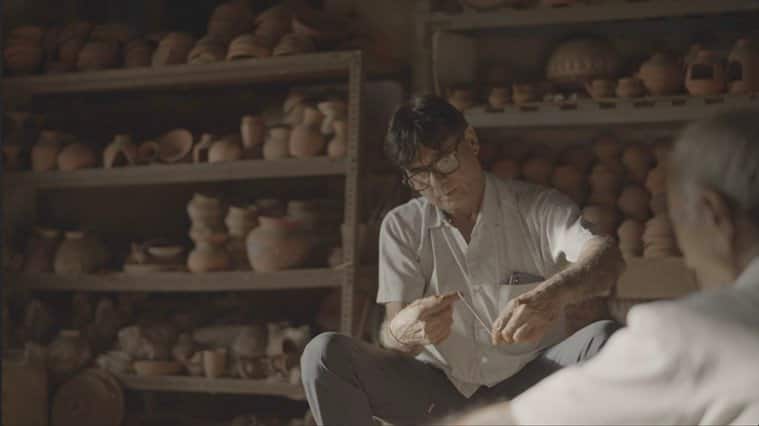 “After leaving masonry, I started working at a tea stall in Wankaner. Since my fiancé was from a well-to-do family, I was quite ashamed of my profession. However, I had to do it for a living. After a year, I joined a roof tile factory and with my dedication and hard work, I made around 22 lakh roof tiles in just five years of working there, using different technologies. It was then that I knew I had to return to my family profession and start my own business,” he said.

However, despite being discouraged by his father, who was against Mansukhbhai taking up pottery again, and a moneylender who had lent him Rs 50,000 to initiate his business, he started working on his dream project. “In 1988, I made my first clay product – a tawa using a tile press instead of a traditional potter’s wheel. Potters used to make 100 such tawas a day and I started making 3,500-4,000 in a day. Now, most potters use my machine to make tawa.”

Following the success of his first functional product, he realised the need for a second one. “In the village I live in, people used to rely on wells and rivers for drinking water. This water was impure and so, they had to filter it using a cloth. I created a clay water filter that could be used to filter out impurities from drinking water,” Mansukhbhai added.

However, it was his clay refrigerator that earned him worldwide recognition. The idea came from a rather unfortunate incident in Gujarat. “In 2001, when an earthquake shattered Gujarat, my clay products were destroyed. Next month, a local newspaper published a picture of our broken clay pot with the headline – ‘Gareebon ka fridge toot gaya‘. This gave me an idea to create a clay refrigerator that could run without electricity. After taking a loan of 19 lakh and 5 years of dedicated hard work, I created this clay refrigerator,” he said. 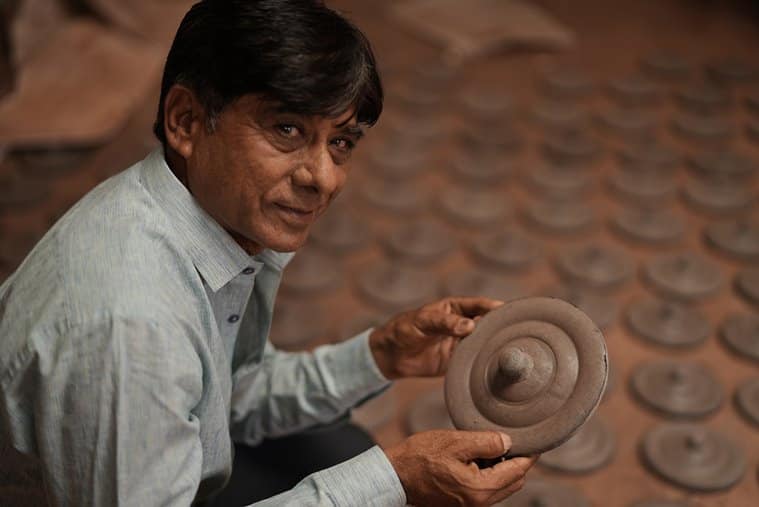 Explaining how it functions, he added, “It’s a natural eco-friendly fridge that uses only water. It damages neither the health nor the environment.”

Soon, he received a call from an IIM Ahmedabad professor, Anil Gupta, who offered him support through National Innovation Foundation (NIF) and Honeybee Network. “I took my fridge to Ahmedabad and showed it to him. He gave me Rs 1,80,000 for 100 fridges. With his help, I got a patent on this fridge and even met APJ Abdul Kalam who appreciated it.”

Following the massive success and appreciation of his clay refrigerator, Mansukhbhai launched his company — ‘Mitticool’ — and has, since then, created over 250 different clay products. And “what next?” is a question that not only we asked, but also PM Narendra Modi, revealed Mansukhbhai, who shared that the prime minister would always ask him “about my upcoming clay innovations”. Currently, he is working on a clay house that will keep one cool even without AC, cooler or a fan. “In this scorching summer season, not everybody can afford an air conditioner. Fans and coolers are not enough. Therefore, I am coming up with a clay house made using a special kind of clay bricks that will significantly reduce the temperature of the house, keeping it cool,” he said. 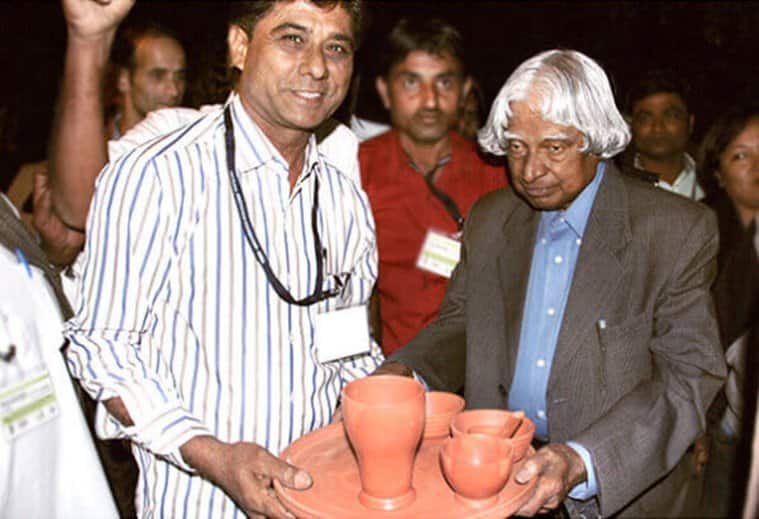 “PM Modi inaugurated my refrigerator. He was the first person to drink water from my filter and I had also presented him with the clay cooker. Former Presidents, Pranab Mukherjee, Pratibha Patil and APJ Abdul Kalam have also supported and appreciated me immensely,” he shared.

Using clay products is not just extremely beneficial for the environment, but also for your health. “I am completely healthy today because I consume food cooked in clay cookware, and use clay utensils to eat and drink. In aluminium utensils, food only breaks down and doesn’t get cooked properly. And, there’s a difference between the two.”

Corroborating his claims and sharing the benefits of using clay cookware, dietitian Ashish Rani, assistant manager, Aakash Healthcare, Dwarka, said, “Since clay pots are permeable, heat and moisture can circulate evenly throughout the cooking process. Meals prepared in this manner retain greater nutritional value than food prepared in other utensils. Clay pots are one of the finest solutions for making your meals less oily because they require very little oil to cook with.” 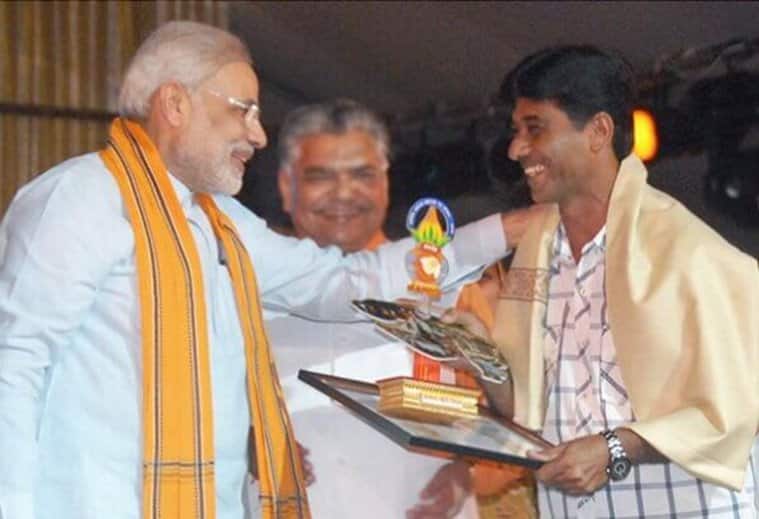 “Food cooked in clay pots is also high in minerals including calcium, magnesium, and others. Clay is alkaline in nature, so cooking in clay pots helps to provide the adequate PH balance in the body and overcome acidity and gastric problem and improve digestion too,” she added.

Previous Story:
What is Ramsay Hunt Syndrome, the condition which paralysed half of Justin Bieber’s face?
Next Story:
How air pollution causes cancer