Emirates Skywards Has a Brutal and Sudden Devaluation Emirates Skywards, which is usually the go-to loyalty program to book Emirates First Class, went through a number of quiet devaluations over the course of 2022.

We saw the amount of taxes and fees increase over the course of the year, but up until now, it was still a decent price to pay considering the experience you’d receive in return.

Unfortunately, this is no longer the case, as Emirates Skywards has drastically increased both the miles and the taxes and fees required for business class and First Class redemptions without warning.

In some cases, the number of miles has nearly doubled, and the amount of taxes and fees has increased by up to 800%. Booking Emirates First Class with Skywards miles has now entered into the realm of the astronomical, and we’ll have to look elsewhere going forward.

Just two weeks ago, Emirates Skywards awards between North America and Dubai increased in price from 136,250 miles to 163,500 miles for a one-way award in First Class.

That’s an increase of about 20% that Emirates implemented without any notice or announcement whatsoever.

You might think that’s maybe not the worst thing that could happen – after all, a 20% increase is quite a lot, but perhaps it’s reasonable for a once-in-a-lifetime aspirational aviation experience.

The caveat is that this 20% increase came in addition to a series of three overnight devaluations by Emirates Skywards throughout 2022, which saw the fuel surcharges attached to the same award booking skyrocket from about $255 (CAD) to over $1,000 (CAD).

Aside from First Class, Emirates business class awards also incurred changes back in February 2022, when the fuel surcharges went up. As of two weeks ago, the mileage cost also rose, adding insult to injury.

While the increase in fuel surcharges made First Class and business class awards between North America and the Middle East prohibitively expensive, there was a small silver lining in that Emirates fifth freedom flights between North America and Europe remained at 85,000 miles in First Class and about $130 (USD) in taxes and fees. The fifth freedom flights were also spared from the 20% increase in mileage cost.

Indeed, for the past year or so, the route between New York JFK and Milan was hands-down the best way to experience Emirates A380 First Class, complete with Dom Perignon 2003 Plénitude 2 and a shower in the sky.

However, without any due notice or forewarning, that has now all changed.

The Emirates mileage calculator to estimate award costs shows the price of a one-way First Class award between North America and Europe as 170,000 miles, representing a 100% increase over what it used to be at 85,000 miles. If you look closer at the pricing, the bad news doesn’t stop at the cost in miles, as the the fuel surcharges have gone skywards from €131 to €1,211, or an increase of about 824%.

There is no way to sugarcoat these changes, and let’s not mince words: this represents possibly the worst-ever no-notice devaluation in the loyalty space.

If there’s any slightly positive news, it’s that as of the time of writing, all dates beyond the first week of January 2023 in the Emirates calendar still seems to be pricing under the old rates.

If you see any availability that you like, be sure to snatch it up as soon as possible, as they’ll almost certainly be updated to reflect the new pricing any minute now.

With the most recent series of devaluations, booking Emirates First Class and business class using miles has become a difficult task. Ever since the partnership between Emirates and Alaska Airlines ended, Emirates Skywards has remained the best way to book Emirates First Class.

Other than Emirates Skywards, the only other currently available way to redeem points for Emirates First Class is using Qantas miles, which uses a distance-based award chart. However, Qantas also passes on fuel surcharges to the same extent Emirates Skywards does, and the zones don’t allow for any sweet spots.

For example, a one-way flight in First Class from New York JFK to Milan costs 107,000 Qantas miles, and a flight from Washington DC to Dubai costs 170,800 miles in First Class. In recent weeks, a new option to book Emirates premium cabins with Aeroplan points has popped up. In the coming weeks, Emirates First Class flights will become available using Aeroplan, while business class flights have already been loaded into the search engine.

The good news is that Aeroplan points are relatively easy to earn, but the bad news is that Emirates is subject to its own redemption chart at a higher rate than Aeroplan’s regular Flight Reward Chart.

The Emirates award chart also falls into a range of price points rather than a fixed rate like other Aeroplan partner airlines. For a First Class redemption from New York JFK to Milan, it will cost between 110,000–325,000 Aeroplan points.

If you are able to find a flight at the lower end of the range on the Emirates award chart, Aeroplan is definitely the best way to book Emirates premium cabins.

Sure, 110,000 Aeroplan points is a lot, but keep in mind that Aeroplan doesn’t pass on any fuel surcharges. Moreover, it’s still about 60,000 points or about 35% less than the nominal cost of using Emirates Skywards on the same route, which is now 170,000 Skywards miles.

Once Emirates First Class becomes available on Aeroplan, you’ll also stand to save over €1,000 in taxes and fees versus booking with Emirates Skywards, which is a significant sum indeed.

First Class flights from North America to Dubai will be more expensive with Aeroplan, beginning at 225,000 points one-way vs. 163,250 Skywards miles. At the same time, Aeroplan points are much easier to come by than Skywards miles, and won’t come with $1,000+ of fuel surcharges.

At the moment, First Class awards have not been loaded into the Aeroplan search calendar, but that should happen at some point in early 2023.

Flights with Emirates are also combinable with all other Aeroplan partners on one booking. For example, you can fly from Toronto to Dubai via Istanbul on Turkish Airlines, and then onwards to Mauritius with Emirates on the same booking.

The cost will eventually price out in line with the more expensive Emirates award chart, so keep in mind that having an Emirates flight on your award will skew the cost upwards going forward.

Emirates Skywards has devalued premium cabin awards using Skywards miles to a significant extent, and the cost of awards between North America and Europe have nearly doubled. Fuel surcharges on fifth freedom routes are now around €1,200 one-way, representing an increase of over 800% from previous costs.

Awards between North America and Dubai also cost around 170,000 miles one-way, representing a milder increase of 20%, although this is on top of fuel surcharges already increasing by 350% following a series of devaluations in 2022.

For now, some Emirates Skywards premium cabin awards throughout most of 2023 are still pricing at the old rate, so book as soon as possible to lock in a lower rate.

Going forward, Aeroplan will be the best way to book Emirates First Class and business class, despite being subject to a more expensive dynamic award chart compared to Aeroplan’s regular Flight Reward Chart. 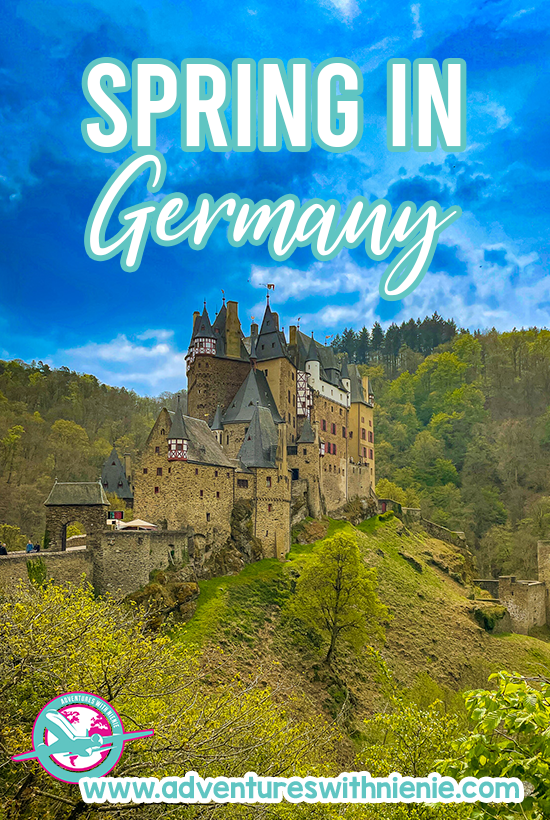 Previous Story:
Beat the Crowds – Tips for Planning a Perfect Spring in Germany Vacation for 2023