Since December 15, 2019, passengers travelling to, from, or within Canada have been protected by the Air Passenger Protection Regulations.

These regulations cover the ways in which airlines must communicate with passengers, provide minimum standards of treatment and compensation during flight disruptions, renumerate passengers for lost, delayed, or damaged baggage, seat families together, and adhere to standards of carriage for the transportation of musical instruments.

All airlines flying to, from, or within Canada are subject to these regulations, with some differences in compensation between large and small carriers.

Let’s have a look at how these regulations can protect you, both in general and in the event of a disruption to your travel plans.

The Air Passenger Protection Regulations include provisions for what happens during flight disruptions on airlines flying to, from, or within Canada, covering both the compensation and the standards of treatment you are entitled to receive during a disruption.

Disruptions occur when you are delayed in getting to your final destination, and can occur for a host of reasons.

In the event of a delay in your arrival at your final destination, you may be entitled to receive compensation under the Air Passenger Protection Regulations. Whether or not you are eligible depends on the size of the airline with whom you are flying, the length of delay you have faced, and, importantly, the cause of the delay.

Smaller airlines, such as Porter or Swoop, are defined as carriers who have served less than two million passengers over the last two years. The level of compensation they must pay is less than that of large carriers, such as Air Canada or WestJet, who are liable for higher levels of compensation.

The caveat here is that there are a host of situations whereby the reason for the delay may exclude you from being eligible for compensation. So, just because you were delayed in reaching your destination does not automatically net you some cold hard cash.

However, you are not eligible for compensation if the cause of the delay is due to situations within the airline’s control but required for safety purposes (e.g. mechanical issues outside of what is covered above, any unforeseen event that is legally required to reduce risk to passengers, decisions made by the pilot or an airline’s Safety Management System).

Similarly, you aren’t eligible for compensation for situations outside of the airline’s control (e.g. unfavourable weather conditions, political/civil unrest, security threats, and a long list of other exclusions).

Under the “Flight Status” tab, enter in your flight information. Under the flight details, clicking on “View Additional Comments” will pull up information for the cause of the delay.

If you are eligible for compensation, you have one year to file a claim with the airline, who has to respond to your claim within 30 days of submission. There isn’t any description of what happens if the airline doesn’t respond within that time period, so it remains unclear whether there is any penalty for untimely responses.

The Air Passenger Protection Regulations also set out standards of treatment to which passengers are entitled in the event of a flight delay or cancellation.

After two hours of delays that are either within the airline’s control or within their control and required for safety purposes, passengers must be provided with food and drink “in reasonable quantities” and a means of communication (e.g. free Wi-Fi).

If the delay goes overnight, passengers must be offered a hotel or other comparable accommodation and free transportation to the accommodation.

The Air Passenger Protection Regulations also include standards of treatment in the event of a flight cancellation.

If you no longer need to travel because of a flight disruption that is within the airline’s control, you are entitled to a full refund as well as compensation ($125 for small airlines, $400 for large airlines) for the inconvenience.

Lastly, if you are affected by a disruption outside of the airline’s control for more than three hours, you must be rebooked to complete your itinerary, either with the original airline or with a partner airline. As of September 8, 2022, you’ll also be entitled to a refund if the airline is unable to rebook you on another itinerary.

Denied boarding is when you are involuntarily removed from a flight, usually due to airlines overselling the cabin and there not being enough seats for everyone who is meant to be on the flight.

While rare, these situations can be quite unpleasant. The Air Passenger Protection Regulations stipulate standards of treatment and compensation for passengers affected in this manner.

Airlines usually look for passengers who will voluntarily give up their seat. If you’re not in a rush to reach your final destination, this can be a good opportunity to earn some cash, as well as a possible upgrade to a higher class of service.

Compensation applies to any passenger who is denied boarding for reasons within the airline’s control and not required for safety. There is no minimum delay in reaching your destination in this circumstance.

Typically, payment must be made immediately to the passenger who was denied boarding. Airlines have up to 48 hours to award the compensation, should they not be able to issue payment prior to the passenger’s new departure time.

In addition to the above, you are also entitled to standards of treatment, such as food and drink, Wi-Fi, and accommodation, as well as the option to refund your booking.

Tarmac delays occur when the plane’s doors have been shut, but it has not yet taken off. Tarmac delays may also occur after a plane lands, but before it docks at the gate.

The Air Passenger Protection Regulations outline standards of treatment that passengers must receive in the event of a tarmac delay.

After a three hour tarmac delay at a Canadian airport, airlines must return to the gate so passengers can disembark. If the plane is likely to depart in the next 45 minutes, and if the airline can continue to provide the standards of treatment, it may remain on the tarmac.

There is no extension to this time period, so in other words, there may be a tarmac delay for up to three hours and forty five minutes, but not longer. If your bags are lost, damaged, or delayed, the Air Passenger Protection Regulations stipulate what you are entitled to claim. On most international flights, you are also covered by the Montreal Convention.

You are eligible to claim up to $2,300 in damages if your bag is damaged, lost, or delayed. The airline must refund you for any checked baggage fees, too. Contrary to popular belief, the damages you can claim are for anything reasonable that was in your suitcase that you needed at your destination that you don’t have because of the delay.

Of course, this includes toiletries and other such essentials, but it also covers clothing and anything else that you can reasonably claim. Be sure to keep your receipts and be ready to justify your claim.

For families, an important aspect of the regulations is how airlines are required to seat children under the age of 14 near a parent, guardian, or tutor at no cost. The required proximity to the adult depends on the age of the child.

Airlines are subject to fines of $25,000 for each incident when the above rules aren’t followed.

While I don’t currently have any children, I imagine that it would be awful to be seated away from your children. These rules seem very reasonable, and offer families greater peace of mind when planning for an already stressful experience, without incurring any extra seat selection fees.

Are These Regulations Good for Passengers?

Firstly, I think it is important to note that having minimum standards of treatment and minimum levels of compensation is better than having nothing at all. Disruptions to your travel plans can be very frustrating, and I think it is good to know that there are at least some protections in place in the event of irregularities.

That having been said, I think that some of the language used in the new regulations leaves a lot to be open to interpretation by the airlines, which could result in passengers not being compensated in situations where they should be.

For example, there don’t seem to be any easy ways of verifying the exact cause of a flight delay or cancellation. Rather, it seems that the airlines have been placed on an honour system, which could lead to them painting situations that are within their control as situations beyond their control.

Furthermore, there is a lot of vague language in the Air Passenger Protection Regulations, with the word “reasonable” peppered throughout. This leaves too much open to interpretation; what’s reasonable to an airline might be completely unreasonable to a passenger, and vice versa.

After all, there is a lot of money at stake here.

In particular, the provision that airlines do not have to pay compensation when a delay is within the airline’s control but required for safety purposes (i.e. what’s often referred to as “mechanical issues”) gives airlines a very wide scope for characterizing delays and thereby absolving themselves of the responsibility to pay compensation.

This stands in stark contrast to Europe’s EU261 regulations, under which airlines must indeed pay out compensation for controllable mechanical delays, and which does a much better job of balancing the interests of the industry and the consumer.

Despite the Air Passenger Protection Regulations’ ostensible shortcomings, however, remember that the Montreal Convention (which wouldn’t apply to flights within Canada but would apply to flights between two member states) already covers delays to passengers and baggage, and is always available to you as a means of compensation if you are travelling on a covered itinerary.

While the Montreal Convention doesn’t provide compensation in the form of a cash payout, it does require airlines to reimburse you for any damages you incur (e.g., costs related to hotel stays and food/drink/transportation) as a result of a delay for up to 4,694 Special Drawing Rights (approximately $8,500 in Canadian dollars).

The Air Passenger Protection Regulations defines minimum standards of treatment and compensation for disruptions to air travel to, from, or within Canada. This marks a shift towards passengers having more protection when travelling by air.

As we saw during the height of the COVID-19 pandemic, the Air Passenger Protection Regulations left many passengers stranded. As the travel landscape continues to shift and change, hopefully the legislation that protects air passengers does, too. 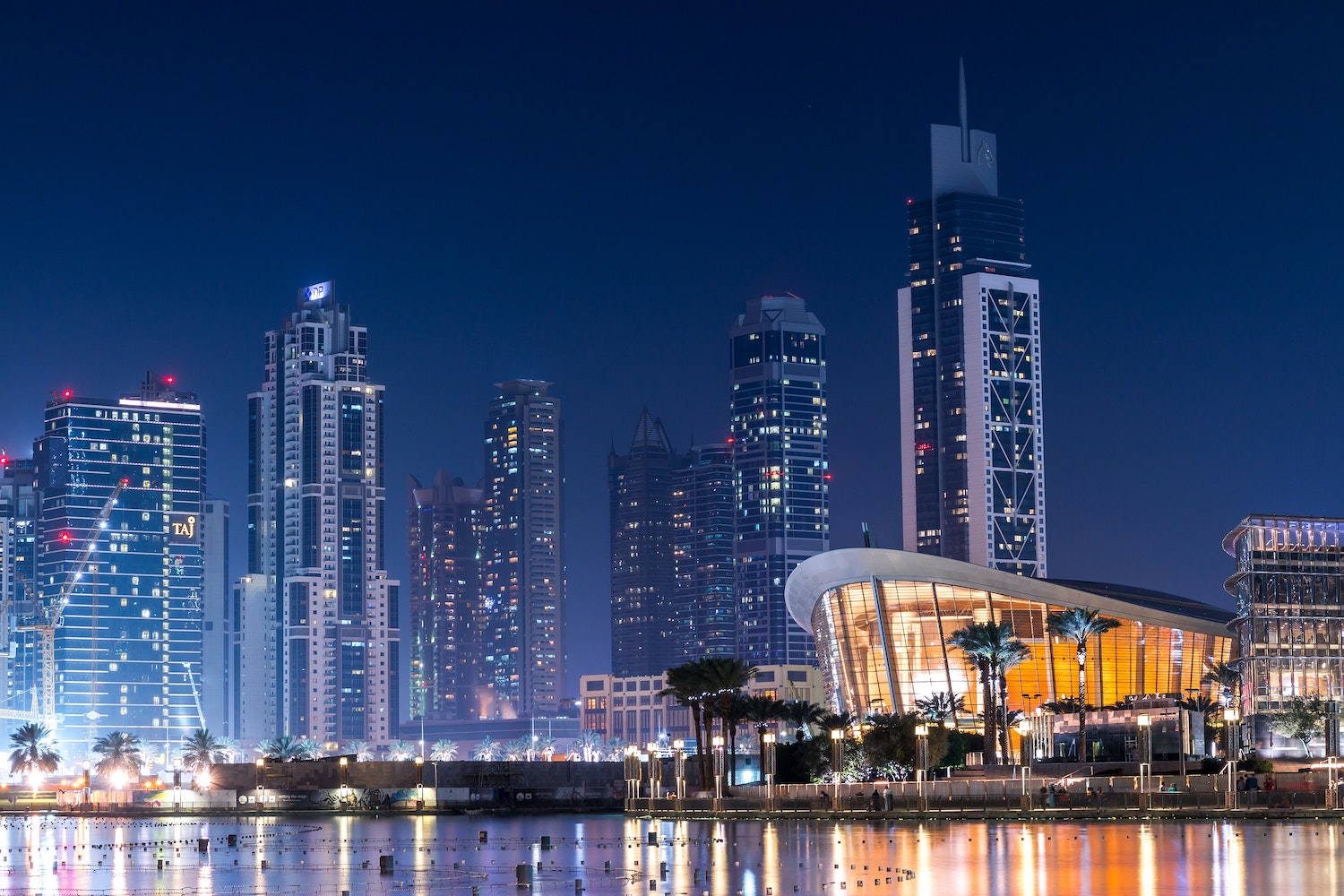 Previous Story:
Dubai Journey Demands (Up to date as of March 2, 2022)